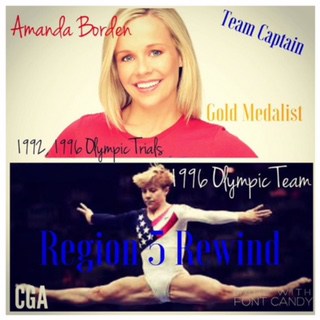 P & G Championships have come to an end and the US National Team and Trials competitors have been named. We take a look back at those Region 5 Athletes who have paved the way for our current athletes vying for one of the 5 coveted spots on the 2016 Olympic Team headed to Rio.

Region 5 has had a strong competitive presence at every Olympic Trials going back to 1992 (maybe sooner, but this was the first Games I remember watching, so we will start there). Leading up to the 2016 Olympic Games,  I will be posting features & videos of past Region 5 Elites who have paved the way for the future of Region 5 Elite Gymnastics. Since 1992, 5 athletes, 2 alternates, and 2 head coaches have represented Region 5 in the Olympic Games.

Our first Region 5 Elite to compete at an Olympic Trials, make an Olympic Team and win Gold was Amanda Borden of Cincinnati Gymnastics Academy (CGA) in Cincinnati, Ohio. 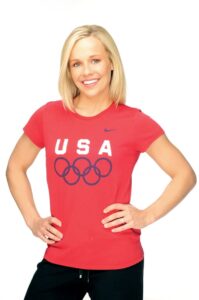 Amanda’s first Olympic Trials go around did not turn out as she had planned. At the 1992 Olympic Trials, Amanda found herself in 7th place after the competition was finished, which would back then would have garnered her an Olympic Alternate spot. However there were two athletes who were unable to compete in the trials and would eventually be petitioned onto the team. One athlete made the team and the second would become the official alternate pushing Amanda out of the alternate spot and another young lady off the team.

Amanda decided to make the tough decision to stick around for another four years under the guidance of her long time coach Mary Lee Tracy, owner and operator of CGA, to try and make the 1996 Olympic Team to be held on home soil in Atlanta, Georgia. Between 1992 and 1996 Amanda had great success, being named to the US National Team 5 times, making 3 World Championship Teams, being named the 1995 USA Gymnastics Sportswomen of the Year. She also had a skill named after her on beam in the FIG Code of Points. 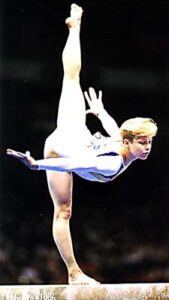 Amanda went into the 1996 Olympic Trials looking confident and ready to take on the competition. I remember watching Amanda on floor at the 1996 Olympic Trials from inside a small barn at Woodward Gymnastics Camp and just knowing she was going to make the team. Her floor and beam performances really spoke to me as a young athlete, there was just something about Amanda on floor. Amanda placed 5th at the Trials securing her spot on the Olympics Team headed for Atlanta. She was also voted, unanimously, Team Captain by her teammates and started the team off on two events during the Games in Atlanta, helping to lead the US Women’s Team to an historic, first ever, team gold medal in a fully attended Olympic Games. 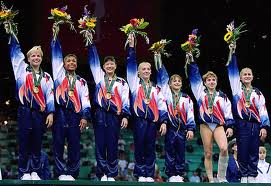 After the Olympic Games ended Amanda retired from competitive gymnastics. She went on the Gymnastics Tour of Champions with her Magnificent Seven Gold Medal winning teammates and did some television appearances. Amanda attended Arizona State University graduating with a degree in early childhood education. In 2004 Amanda opened Gold Medal Gymnastics in Tempe Arizona. She is a regular gymnastics commentator for the Pac-12 Network. Amanda is married and has two children. 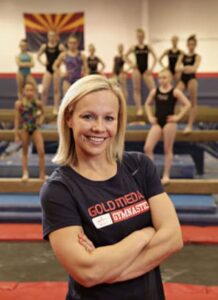 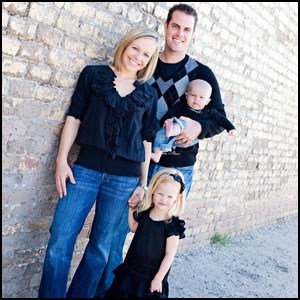 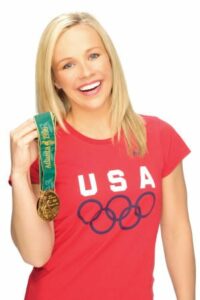