Mackenzie Caquatto started gymnastics in 1994 at the age of 3, her mom Lin took her to a Mommy & Me class and like many she was hooked instantly. Mackenzie who was born in Naperville, Illinois started her gymnastics career at Aerial Gymnastics Club. When

Mackenzie, who also has a younger sister who was an Elite Gymnast, once told her mom during the 1996 Olympic Games that she one day would be an Elite with dreams of the Olympics, Mackenzie worked towards those goals everyday after that moment.

While at Aerial Mackenzie was the 2007 JO National AA Champion, in 2007 Mackenzie would also compete in her first Elite competition the U.S. Classic held in Battle Creek, Michigan. Mackenzie then competed in the junior division at the 2007 Visa Championships finishing 16th in the AA. In 2008 the Olympic Year Mackenzie would become a Senior International Elite, which would now give her the opportunity to chase her Olympic Dream.

In the Olympic Year, Mackenzie competed at the U.S Classic finishing 1st on the Vault, 3rd on the Bars and 4th AA. This solid meet qualified her to the Visa Championships placing 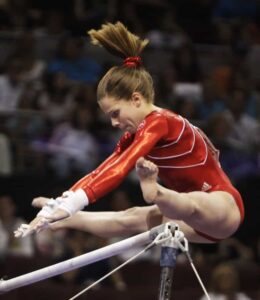 10th in the AA securing her a spot on her first US National Team and a place at the U.S Olympic Team Trials. However, Mackenzie only competed in day 1 of the trials placing 12th in the AA on that specific day.

In 2009, Mackenzie began training along with her sister Bridgette at Naperville Gymnastics under two Chinese Olympians (Jiani Wu & Yuejiu Li). Mackenzie had a breakout year in 2009 having successful competitions at the U.S Classic and the U.S Nationals placing 3rd on the Uneven Bars and 5th in the AA then 2nd

on the Vault, Uneven Bars, 8th on the Floor and 3rd in the AA respectively despite  suffering a pretty serious knee injury in June of 2009. After a successful showing at the US Championships Mackenzie was named to the World Championship Selection camp. She would be named as an alternate to the 2009 World Team. Mackenzie was them selected to represent Team USA at a few international competitions. The Toyota International 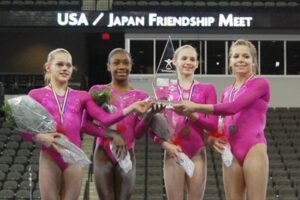 In 2010 Mackenzie found herself at a new gym, her coaches Jiani Wu & Yuejiu Li opened their own training facility in Naperville called Legacy Elite. Mackenzie started off her season representing Team USA at the City of Jesolo Trophy meet in Italy, where she placed 1st with the Team & 7th AA. Macko also competed at the CoverGirl Classic placing 2nd on

Vault, Bars and 3rd in the AA, thus qualifying herself to the 2010 Visa Championships. At Championships she was 4th on Bars, 7th on Beam and 5th AA. Her placing at Championships would qualify her again to the USA National Team and onto the World Championship Selection Camp. Having been an

alternate last year to the World Championships, in 2010 Mackenzie would selected at a Worlds Team member, at the final selection camp she won the AA. Mackenzie traveled to Rotterdam, Netherlands as part of Team USA. In Rotterdam, Mackenzie competed in the AA placing 9th in the qualifications, unfortunately she did not advance to the finals because of the two per country ruling. However, she did compete in the team finals on Bars and Vault contributing scores for both to the team. The USA Team ended up finishing 2nd behind the Russians.

After the World Championships Mackenzie, who had previously committed to the University of Florida on a full ride scholarship started her season with the Gators. In her freshman season Mackenzie faced some injuries, but still competed in the AA for her team at the NCAA 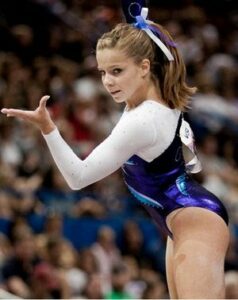 Championships, however once the NCAA season was over Mackenzie decided to wanted to make an elite comeback, so she returned to Legacy Elite at competed two events at the 2011 CoverGirl Classic finishing 4th on the Uneven Bars. At the 2011 Visa Championships she’s competed in the AA finishing 4th, she also placed 2nd on the Uneven Bars. Mackenzie earned herself a spot on her 4th US National Team and a spot at the Worlds Selection Camp. Unfortunately, while doing a dismount off the beam she injured both her ankles and had to withdraw from the selection process. 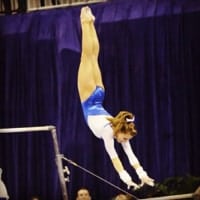 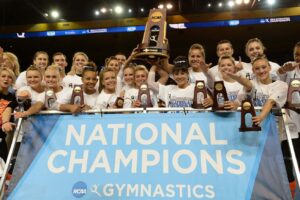 Gator Gymnast to score a perfect 10 on the Uneven Bars and first since 2009, she was named the SEC Specialist of the Week, she also shared team’s Heart & Soul award and was again a member of the SEC Academic Honor Roll and named to NACGC Scholastic All-America team.

In her final season she earned again first-team All-American honors for the Uneven Bars and Balance Beam at the NCAA Championships and the NACGC All-America regular-season awards. She also earned All-Southeastern

Conference honors, she won 7 event titles throughout the season, she also was selected as a SEC Community Service team member, a recipient of $5,000 scholarship as a nominee for SEC Brad Davis Community Service award, was named co-Gator Heart & Soul Award recipient and received the  “Communigator” award at her team banquet. She was also a member of the SEC Academic Honor Roll for the 4th year in a row. 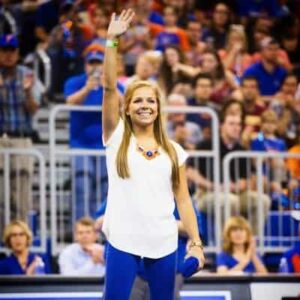 Mackenzie graduated in 2014 with a bachelors degree in elementary education, she has wanted to become a teacher since she was very young. After graduation she would go onto her graduate degree from the University of Florida, in 2015 she graduated with her Masters in Elementary and Special education. Currently she is in the second year of of Florida’s three-year ProTeach program. Mackenzie can be seen in the stands at Gator Gymnastics Meets cheering on her former team, but most importantly her younger sister who is also a Florida Gymnast.

Like many Region 5 Athletes before her Mackenzie chased her Olympic Dream, she however was plagued by injuries,

but she did work hard, persevere and did something super hard and special, competing in both NCAA & Elite at the same time, not many have achieved this feat. Mackenzie found success at the University of Florida, and on the world stage. Thank you Mackenzie for inspiring not only the Elite & Olympic Hopefuls of Region 5, but all gymnasts in general. I hope through your teaching that you continue to inspire and education young people for generations to come. 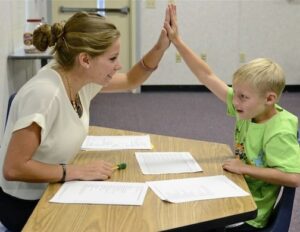 Here are Mackenzie’s routines from the 2008 Olympic Trials and 2010 World Championships: