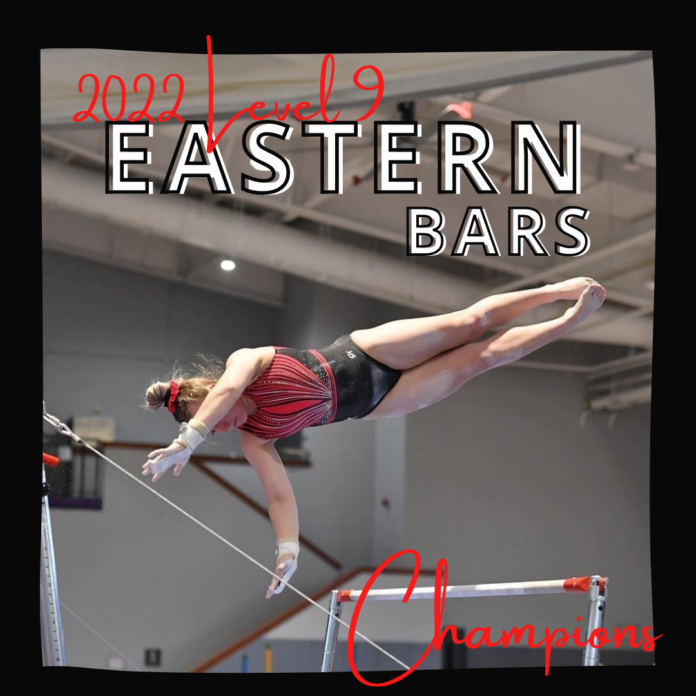 presented by: A1 Awards

Level 9 bars of all the events is the most compulsory, not that the skills are easy or basic, but that almost everyone does the same combinations for bonus. In comparison with events like beam and floor where the music and choreography give the routines different flair and composition, bars doesn’t have that luxury; circles, pirouettes and bar to bar releases is what you get.

However this list of athletes stood out amongst the pack executing the previous mentioned skills with ease while putting up some of the highest scores of the entire competition on bars. In addition to these 6 national champions plus two more eye catching routines, we have to acknowledge the top scoring bars team of the entire competition and yes they were from REGION 5!

The Senior 4 Team not only won the age group team competition but posted the highest team score on bars with a 38.55. Their performances were so good all 7 (can only count the top 4 scores in the team score) finished in the top 10.

Here are links to all 7 routines: