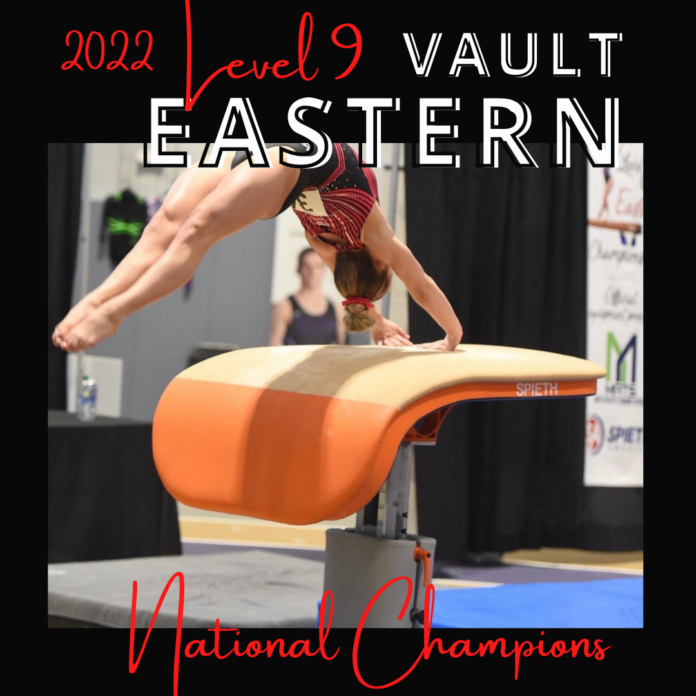 presented by: A1 Awards

Region 5 was very successful on vault at the 2022 Level 9 Eastern Championships with 8 vault champions. In this group of athletes, there are some outstanding layout Yurchenkos that have great height, rotation and shape. The quality of these vaults makes it exciting to see what the future may hold in level 10.

There were 41 Region 5 Level 9’s that placed in the top 10 on vault at Easterns. Here are the 8 who claimed top honors as Eastern National Champions + one who would have tied or won in more then half of the other age group, so R5 Insider awards her with a honorary national vault title (just because we can).