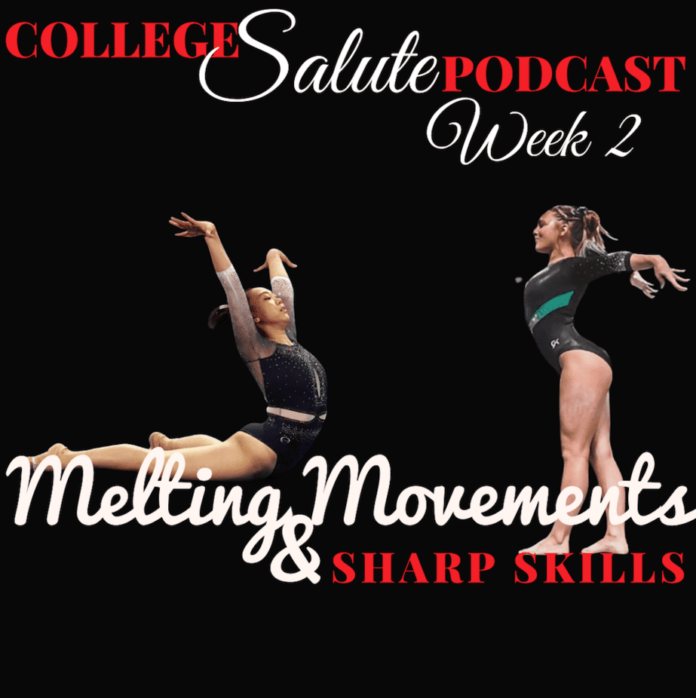 The NCAA National Championship Banner was raised in Chrysler Center, Jade Carey made her debut in fine fashion. There needs to be consistency in scoring amongst divisions in the NCAA and we discuss it. Are you a fan of the two pass routine? Olivia Karas gives her opinion, lots of 9.9’s, a huge vault, sharp movements could stab you or melt you depends on the gymnast. That and more for NCAA Week 2 of the College Salute.

Week 1- From A to Z and Everything in Between