Podcast: College Salute Week 4: Stick, Smile, and Salute at the Balance Bar on BTN MINUS 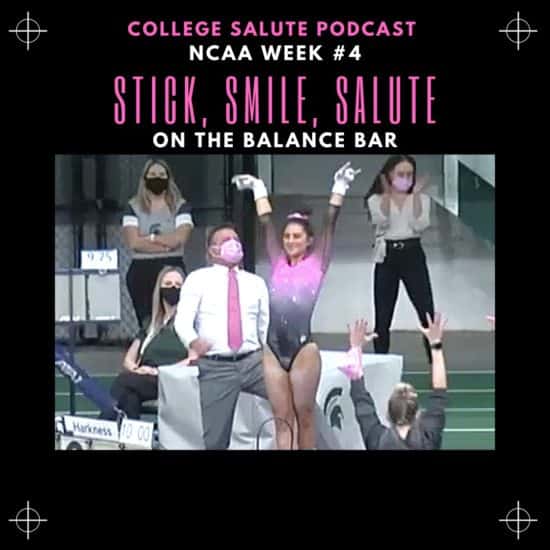 Lots of sticks, Huge Smiles, Salutes and we even had a Balance Bar???? It was week 4 of NCAA action with a rather full list of NINE NINE’s from our Alums. We were hoping to see more gymnastics from the BTN+ but grips, salutes and knee back handsprings stole the show. There was some competitive action in the MAC with two duos for you this week. It’s for the BIG Salute for Week 4!

Sparkle and Shine of Lovely Leos

Episode #3: Maction Starter pistol has gone off in the mac

Episode #1: Caught in the Webb of Waligora