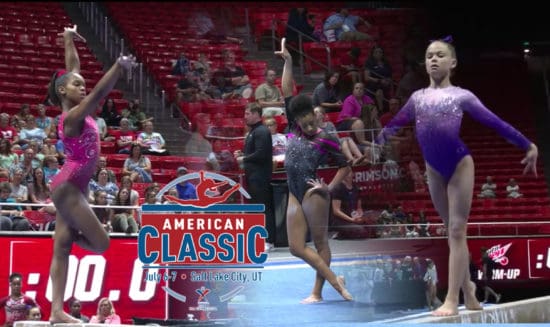 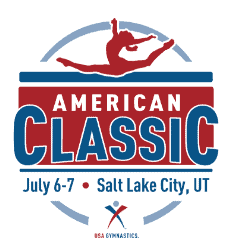 This weekend the die hard gymnastics fans were able to witness the American Classic and Hopes Classic via live stream for the first time. This was also the first time this classic meet was held somewhere other then the former National Training Center. This years event took place in the well known Huntsman Center on the campus of the University of Utah, home of the Utah Utes gymnastics program. Though there have been elite qualifiers throughout the JO session, this competition was the official start to the elite season with Hopes Championships and USA Championships qualification on the line.

Region 5 had seven athletes competing during the two day competition. In the final session of the weekend, Shilese Jones of Future Gymnastics, claimed the top spot in the all around with a 53.9 and qualified to the USA Championships in Boston. Despite a fall on beam in the first rotation, Shilese had the top scores on floor and vault in her second and third rotations to help propel her to the top spot on the podium. Shilese, known for her powerful gymnastics, basically walked into a huge double twisting double back on floor and soared on her double twisting Yurchenko for a 14.35. 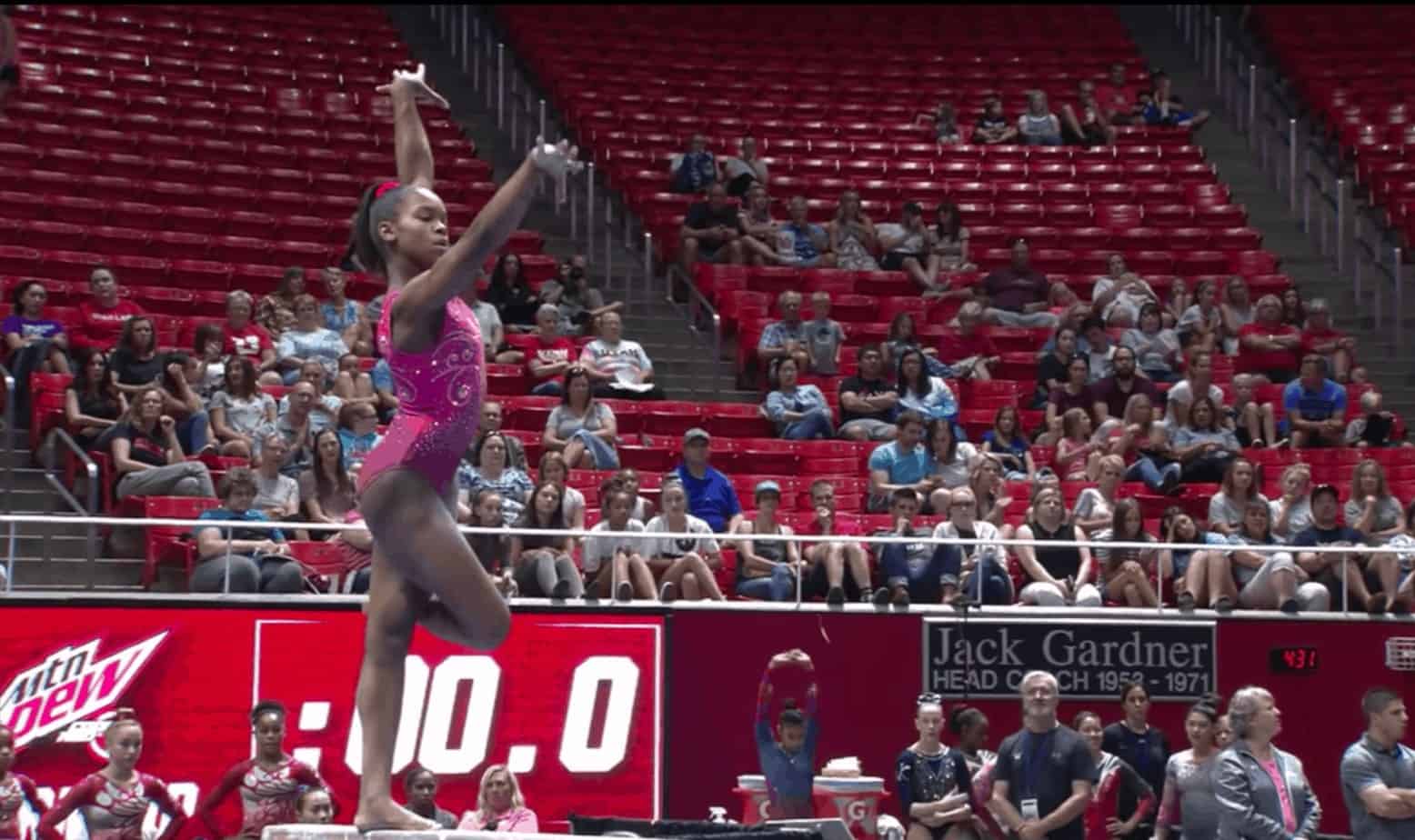 Buckeyes’ Shania Adams claimed the silver medal in the all around with her consistent four event performance. She is not competing at full strength as she is still coming back from injury but looked solid throughout the entire competition. The wolf turn, though worth a lot of in terms of bonus, are considered by many to be an eye sore. Shania, however, not only does it very well but it looks artistic and could be considered one of the best in the business. She score over 13 on three events including a 13.45 on beam and 13.5 on floor (still watered down).

In the junior international session, JPAC’s Elizabeth Gantner was Region 5’s only competitor in the field as Cincinnati’s Lilly Lippeatt skipped this competition and is prepping for US Classic. Liz, who competed in her first elite classic meet, begin on beam and struggled on a jump and her dismount. She came back on floor with great landings on all her passes including a stuck 2 1/2 in her last pass. In her final event bars, Liz attempted her new combination of Toe Handstand Full pirouette to Pak but unfortunately fell back the wrong way and was unable to complete the connection. She finished up with a stuck landing on very nice double layout to wrap up her first experience on the elite stage. Liz will have another opportunity to qualify to championships at the US Classic coming up at the end of July. 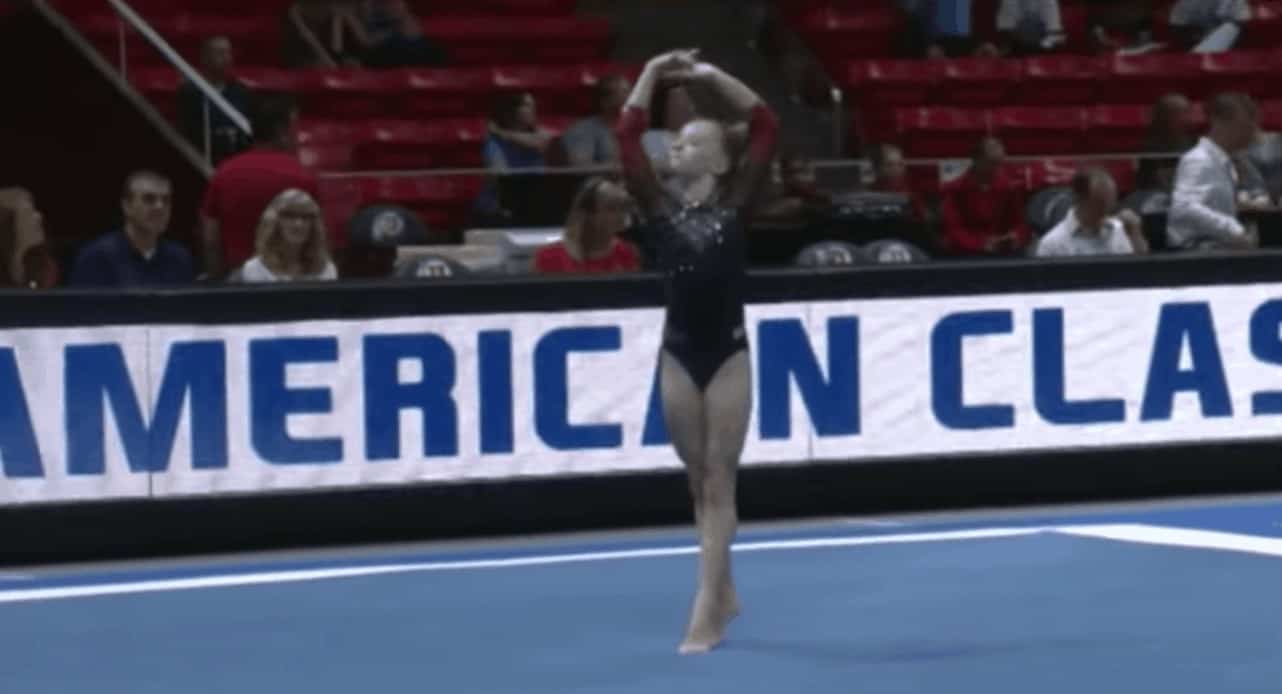 In the HOPES Classic competition, Region 5 had four competitors with three competing in their first classic competition. In the 10-11 age group, Gabby Van Frayen from Gym Xtreme Gymnastics finished 20th in the all around and 9th on vault in her first go around at an elite classic.  Gabby who finished 3rd at Level 9 Easterns this year in the all around, has been part of the elite development program for a couple years. She was able to crack the 12.0 mark on both vault and floor. Gabby is one of our up and coming athletes in our region and one to watch for years to come. 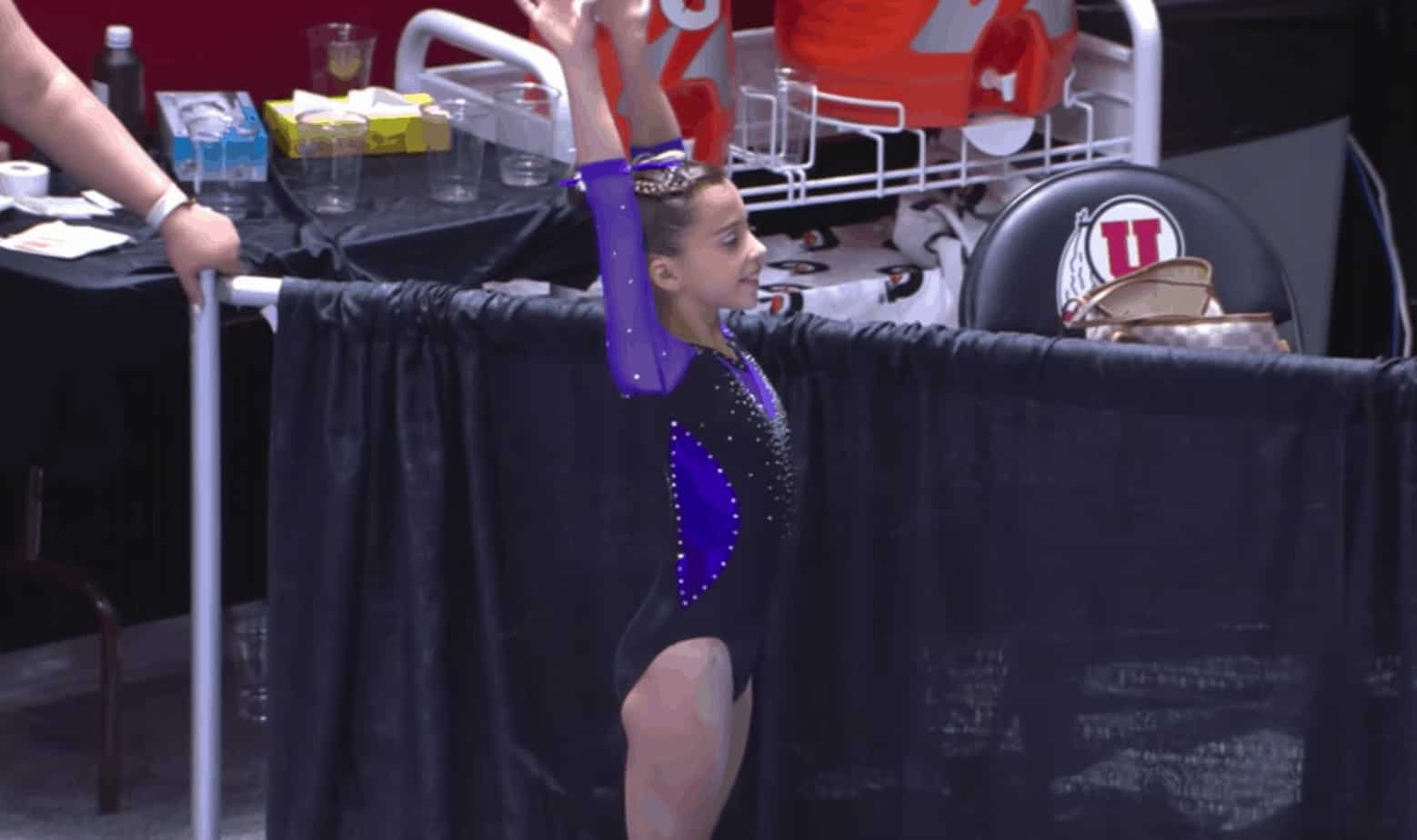 Another first time HOPES Classic competitor, Clancy Conley from GymNasti had a nice floor set but unfortunately struggled on beam and bars hindering her chance of qualifying to the Hopes Championships. Clancy competed level 8 in 2018 and has been part of the TOPS program for a few years. She is a talented kid who has lots of potential. Though it wasn’t Clancy best day, it was very impressive to see how she handled herself in her first big elite competition of her young career.

The 12-13 year old session featured a duo from Legacy Elite. 2016 Hopes Championships veteran Sydney Jelen competed in her first classic since 2016 and qualified to her second HOPES Championships by finishing 12th in the all around (top 18 with a 48+ all around qualify). Sydney has qualified for JO Nationals two times since her last classic experience and looks much more confident in her performance at this level. She began on beam and scored a 13.05 which would finish 3rd in the competition.  Her only stumble came on her double layout bars dismount where she was a bit short and put her hands down. That mistake aside, Sydney looks to be ready to improve upon her 15th place finish at the 2016 Championships. 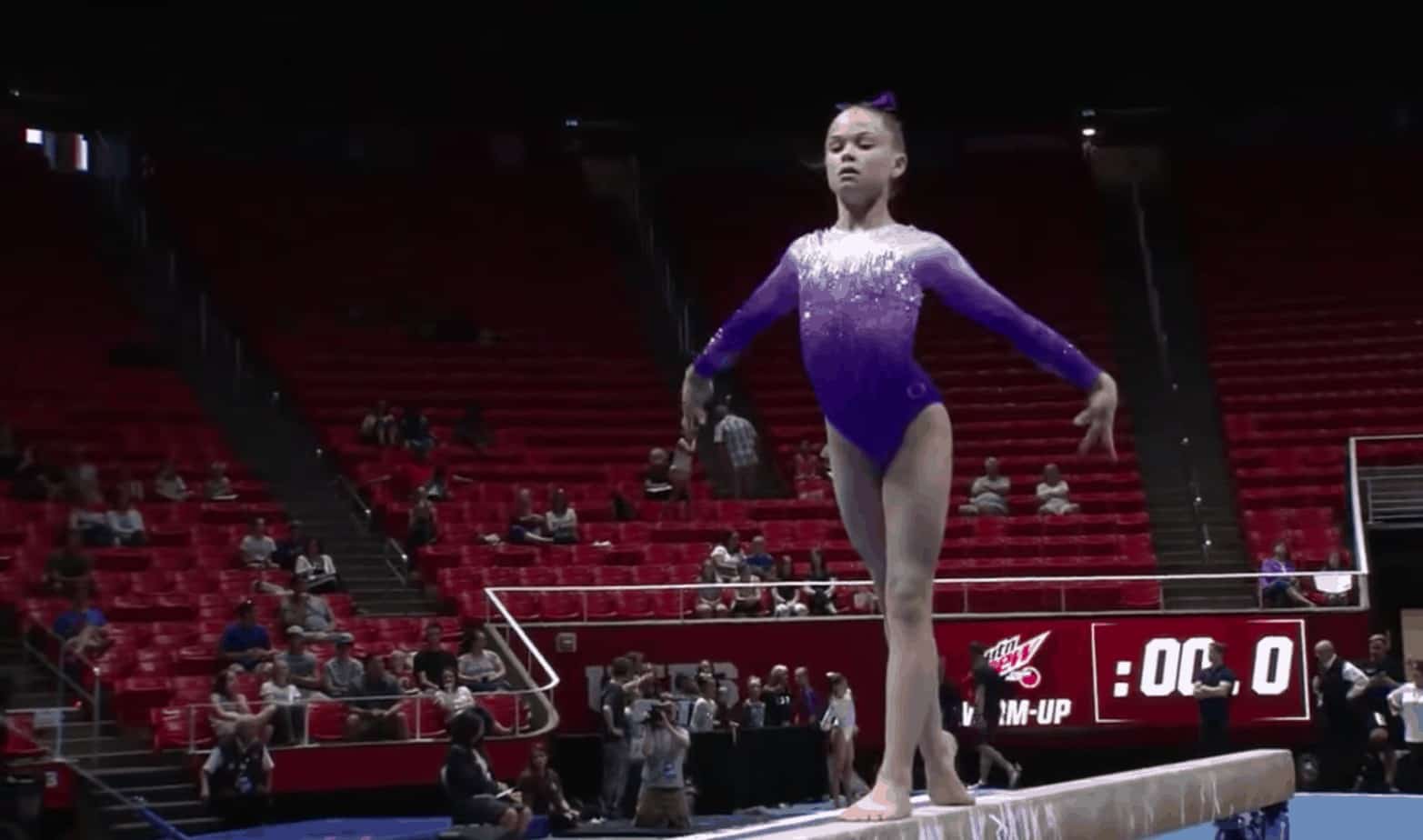 Sydney’s teammate at Legacy Elite Samantha Macasu was the third Region 5 gymnast competing in her first HOPES Classic meet. Sam, who recently finished 3rd in the all around at Level 9 Easterns, gained a lot of experience competing at this level. Despite a fall on her Jaeger on bars, Sam had a good competition overall including a hit beam routine in her first rotation. Her top score of the day was a 12.1 for her layout Yurchenko.

The focus will now move to preparing for the US Classic and Hopes Championships in Columbus Ohio, July 27-28th. This competition will be the final competition for the season for the HOPES competitors and the last opportunity for the junior and senior elites to qualify to USA Championships.